I’ve been lucky so far this spring and I caught pretty much every object of interest on a decent photo. However, this is not how it works in a lepidopterist’s life. Often you may spot a rare species which just flies by and disappears. In fact, the same happens with common species as well.

So it came that the first Comma (Polygonia c-album), which I spotted right at the beginning of my trip, did not have any intention to start posing. Right after I was able to identify it, yet another Scarce Tortoiseshell (Nymphalis xanthomelas) was driving it off its territory. All I got was one shot that wasn’t properly focused (see below).

Nevertheless, previously I didn’t get a good shot at the European Peacock (Inachis io). This time, I sighted three individuals and also got better results.

Another lesson I had to learn was that hay fever may lead to perspiration, and perspiration to dehydration. Spending two hours in the greenery is pretty physical, and it took me quite some time to recover afterwards.

All in all, another good day out. And the amount of butterflies being active these days at Espoo Central Park (Finland) is amazing. It’s only a couple species, but it’s great to get a good chance to get some sightings. While I’m looking forward to spotting more species this weekend I’m also exploring a really nice biotope. An area with abandoned houses turns out to be a true oasis. Only a couple more weeks and the same biotope will provide the caterpillars of all the species observed lately. 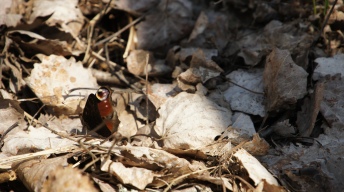 European Peacock in the spring sun 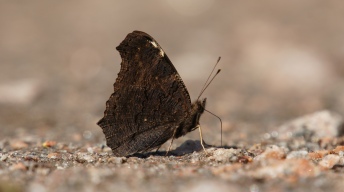 European Peacock sucking on fluids on a path in the forrest 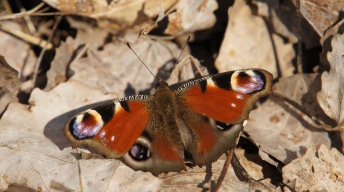 European Peacock in the spring sun

Comma resting in the spring sun 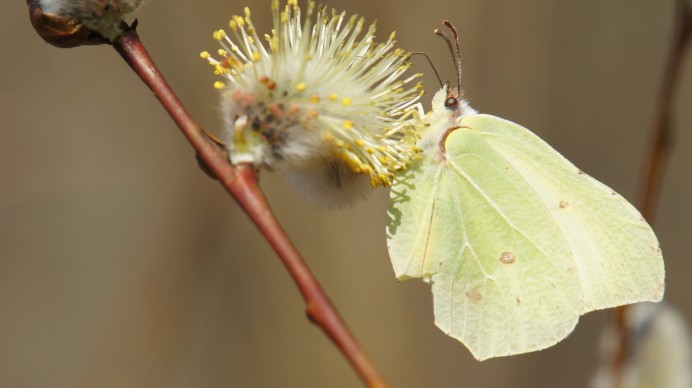