During the Easter weekend, when I returned from searching eggs of the Black Hairstreak I spotted a surprise. As I opened the “egg box” in our fridge’s vegetable compartment to put some fresh pruni ova to the collection I couldn’t believe my eyes. Despite of the temperature around only 4.5 degrees Celsius two of my three White-letter Hairstreak eggs hatched. The tiny caterpillars started their journey, a trip to find a flower bud of elm, and dig in. Two conditions saved my day. First, our neighbor has a couple old elm trees in their garden. Some twigs with flower buds hang nicely over the street. Second, spring arrived early this year in Finland. This means, the blossom buds were already slightly open.

I started to assemble a raising setup for the first species, the White-letter Hairstreak. The next day, I decided to also set up the arrangements for the species feeding on Bird Cherrry (Prunus padus). These are the Black and the Brown Hairstreak. Also Bird Cherry has recently started to sprout. Even though these two species have not hatched yet, it shouldn’t take too long for the caterpillars to start searching the closest bud, only to disappear again for a couple days.

Oak is not that far yet. I’ll therefor keep the eggs of the Purple Hairstreak in the cold until the flower buds of Oak start opening in nature. The phase to guide the tiny caterpillars into the buds deserves some attention. A couple photos of the setup can be found below.

The egg count for the Hairstreak mission is following: 3 eggs of the White-letter Hairstreak, 10 eggs of the Brown Hairstreak, 8 eggs of the Black Hairstreak and 16 eggs of the Purple Hairstreak. These eggs have been carefully collected in nature during autumn and winter. I’ll try to keep the natural timing for all species, so the adult butterflies can hatch around the same time as they’d in the wild. They will be released into nature after hatching. 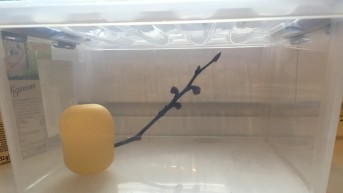 Setup with elm for White-letter Hairstreaks 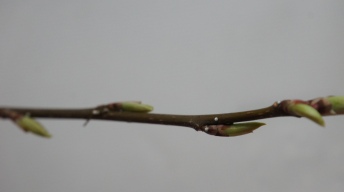 Close-up on eggs of the Brown Hairstreak

Eggs of the Black Hairstreak 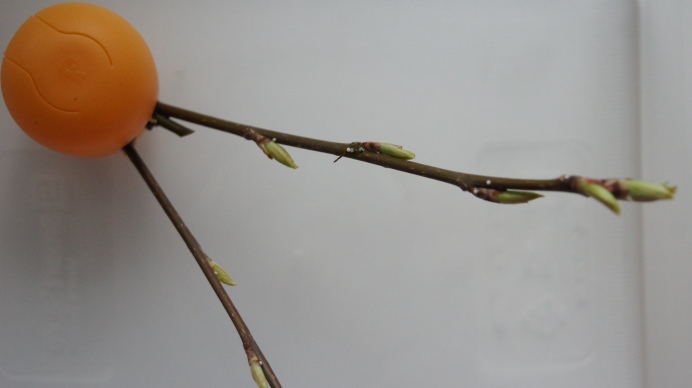 Breeding setup for eggs of the Brown Hairstreak